Personal Injury attorney Joshua Wagner is an of counsel attorney with Vrana Law Firm. He is the lead attorney on our cases that move to litigation. A dedicated litigation attorney lets us fight your case all the way to trial when the insurance company tries to stonewall with unreasonably low offers. 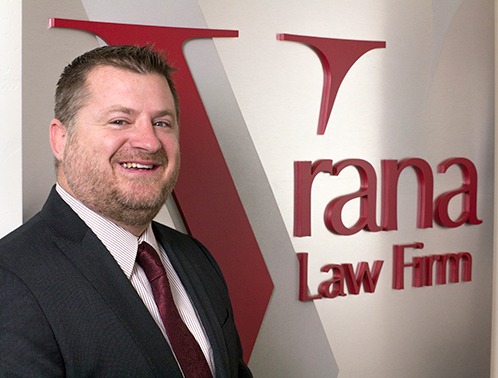 When insurance companies won't be reasonable, Josh takes the case to arbitration or trial​

Josh personally interacts with clients throughout litigation so you stay informed​

Joshua Wagner joined Vrana Law Firm in 2018 to become our primary litigation counsel. As a litigator Josh embodies the core values Vrana Law Firm is built upon of personal attention and proven results. We put these skills to work when the insurance company refuses to make you a fair offer and we need to take case to trial to fight for a fair result.

While Josh has spent a significant amount of time practicing in the valley, he also spent a number of years practicing in Tucson, Arizona. As a personal injury attorney Josh has worked cases all around the state of Arizona from Tucson to Surprise.